2020 was also the return of a mighty shade from the Past; Richard H. Kirk’s Cabaret Voltaire Album on Mute did stir up the desired wave of attention, raised eyebrows and startled collectors inclusive. 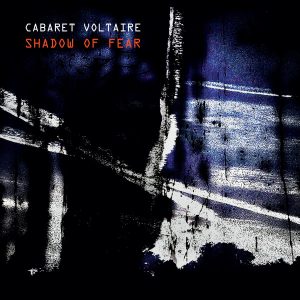 “Shadow Of Fear” was simultaneously released as purple double Vinyl album, CD in cardboard wallet, digital files and (gasp) Cassette via long time reissue / archive alley mute. Also a free ltd. 7″ with an Electronic Sound magazine (thankfully not with exclusive tracks only edits) appeared.
This is the first fully worked out CV release after several live appearences from Richard H. Kirk as Cabaret Voltaire starting in 2015 at Berlin Atonal (and two tracks on the accompanying compilation triple 12″). His first reclaim of the groups name for current works where the remix albums “Kora Kora Kora” and “National Service Rewind” for Amrik Rai’s Shiva Records already back in 2009/10, reportedly not being well received by Stephen Mallinder.
So, after an stream of archive, live and studio, remastered and redesigned releases with some excellent results (Johnny YesNo Redux, Drinking Gasoline, Live From London, Chance Vs. Causality) there was finally a new album.
Well, almost. The 8 tracks published where recorded between July 2014 to April 2020, an endless process for someone like RHK who used to drop up to 3 or 4 albums a year in different monikers for several years. Two of these had already been on the Atonal Compilation in diffent versions. So I guess the main effort was to get the balance right between RHK’s own style, expectations coupled to the CV name / brand and proper marketing. As a whole this is good, but not extraordinary and if it had been sold to me as a new RHK album under whatever moniker I had had no problems with it. Seeing it as a continuation of the last Cabaret Voltaire albums – Plasticity, International Language and The Conversation does not really work for me as he plays it safer than needed.

When he published his excellent solo album “Dasein” on his own Intone label after a long silence back in 2017 this felt to me more like his mind had wandered through the different approaches and phases of the past and making a stand for the future. 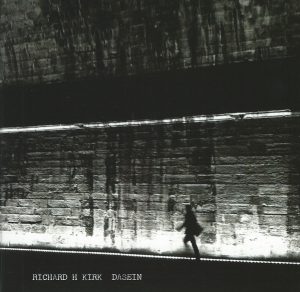 Of course besides a little press and his die hard followers the waves stirred up for this one where foreseeable smaller and the bleak b/w image did not attract occasional listeners in the first place too.

While excitment was still allover the place 3 (!) more new releases had been announced in January; a limited 12″ EP (in funky curacaou Vinyl) for February

…and two one track Drone derivates for March and April. The later again as Double Vinyl Album (in white), CD and digitally available for pre-order. 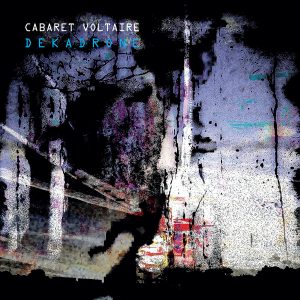 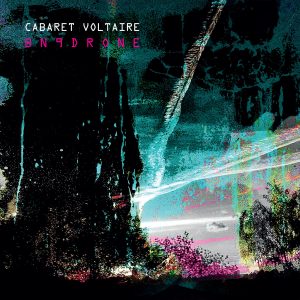 Rewind : Here as a recent mix of the last years of CV active as the duo Kirk / Mallinder: